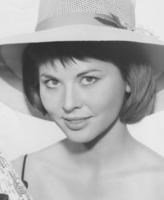 May 13, 1938–April 9, 2021 Sandi Rivka left us due to the natural cause of being nearly 83, though 70 years of smoking may have played a part. She has been known by many names: born Levy, the family soon changed its surname to Warren. Her first husband gave her the name Hayes, as well as a son and a daughter. When her last name was Beam, she graduated from the University of Maryland as a speech pathologist. In Utah, as Sandi Davidson, with a master's degree she became a social worker. With the name Barbero, she became more involved in civil rights movements. Ultimately, she went by the Hebrew "Rivka," and returned to her birth surname, keeping it when marrying her final love, Stan Penrod, who pulled her from the grief of her husband Ricardo's passing—and vice versa. Sandi/RIvka's no-nonsense wit and sharp intelligence were her hallmarks. When young, she was a fashion model, and later a hostess on one of TV's early talk programs, The Tom Duggan Show. She was a scuba diver, a flight attendant, and took out charters on a houseboat in Maryland. Later, she tried her hand at journalism, a PTSD counselor in Israel, and as a private detective. An accomplished pianist, her creative side also included crafts and her love of writing. Rivka is the last of her childhood family, losing her parents, Jack and Sylva, and her little brothers, Roger and Jerry. She is survived by her husband Stan, son Jim (Sylvia), daughter Kelly (Adam), grandchildren Sahara (Landon), Marina, Jackie and Sadie, and everybody else on earth that is enjoying this beautiful springtime. More at Ha-YesDesign.com/Rivka.