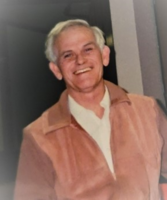 Melvin Keith Evans returned home to his Father in Heaven on November 27, 2021 after a courageous battle with cancer. Butch was born in Magna, Utah to Geneva Clara and Melvin Aldean Evans. on March 8, 1944. In 1952, at the age of 6, he and his family moved to Sacramento, California. He earned an Associate’s degree from Bakersfield College. He loved his country as he honorably served in the US Army serving in Okinawa from 1965 to 1967. In 1970, he moved and resided in Bakersfield, California. Working many years at Pioneer Equipment Co. servicing large cotton-picking machines. Later in his life, in 1987, he traveled to Salt Lake City, Utah as a request from his brother Willard who had pre-arranged a blind date with Joyce. 6 months later, on July 31, 1987, they were married and later sealed in the Salt Lake Temple. He later worked at Purolator Products that produced carburetors. After retiring from Purolator, he went on to work for West Jordan Parks & Rec leading a team in de-weed abatement. He along with his sweetheart Joyce have lived in Taylorsville, Utah where they have enjoyed their 3 daughters, Jennifer, Jessica and JeNell. It has given them such a joy to watch each of them grow and develop their own sweet lives bringing them even more joy with their families. Together they have enjoyed many great times including cruises, family vacations and spending time with their 18 grandchildren and 3 great grandchildren. He was and still is loved by so many and had a lot of friends that loved to be around him. He is preceded by his mom and dad, his brother Donald Evans, and his son John Evans. He is survived and lovingly remembered by his wife of 34 years; Joyce Evans. Daughters; Jennifer Packer (Brent), Jessica Hansen (Jim), JeNell Carpenter (Scott). Grandchildren; Darcin Schickling, Skylee Schickling, Tanner Packer, Breann Malmrose (Jonny), Kaden Packer, Devin Packer, Caden, Packer, Morgan Packer, Brooklyn Packer, Jeston Hancock, Rylee Hancock, Taelan Prows, Stephan Cook, Taylor Cook, Aubriel Cook, BaiLee Williams (Hunter), McKenna Carpenter, Kylee Carpenter, AbbyGail Carpenter. Great-grandchildren; Aryana, Aubree, and Jaxton. Brothers; Willard Evans (Bobbie), Alan Jenkins (Kelly). Sisters; Diana Shell (Richard), Marlene Burns (Steve), Carol Jackson (Donald deceased) along with many, many nieces and nephews. Services being held on Wednesday, December 1, 2021 at Taylorsville 23rd LDS Ward house 4932 S. 3200 W. Funeral held at noon with a viewing held prior from 10am to 11:45am. Following with internment at Taylorsville Cemetery 4525 S. Redwood Rd.