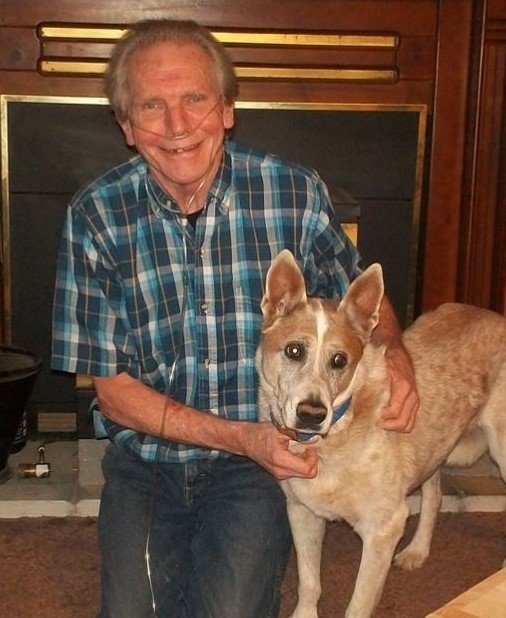 He was born in Port Clinton, Ohio on Oct. 8, 1952 to Ray H. & Edna C. Eldridge Peterson. He grew up in Oak Harbor, Ohio and attended Harris-Elmore School in Elmore through 7th grade. In 1965 the family moved to Las Cruces, N. M. He attended Lynn Jr. High School and Las Cruces High, graduating in 1970.

After his service in the Navy he resided in Phoenix, Ariz., El Paso, Tex., and Las Cruces, Albuquerque, and Edgewood, N.M. and was employed in various occupations. He established his own plumbing business, Pete’s Plumbing, retiring in 2012 due to health.

He was active in the Boy Scouts and enjoyed country music, singing, camping, woodworking, and spending time with his dogs. He attended the Valley View Christian Church in Edgewood, N. M.

He was preceded in death by his parents. He is survived by his brother, Ron (Jean), 3 nephews, Mike (Caryn), Dan (Aimee), & Doug (Bridgett) & 13 greatnieces & nephews. He will be missed by his family and friends.

The family wishes to express their thanks to Tammy Hein, Armada Hospice, and Silver Lining Hospice for their kindness and loving care during his final weeks.

To send flowers to the family or plant a tree in memory of Alan Peterson, please visit Tribute Store
Print
Friday
30
November