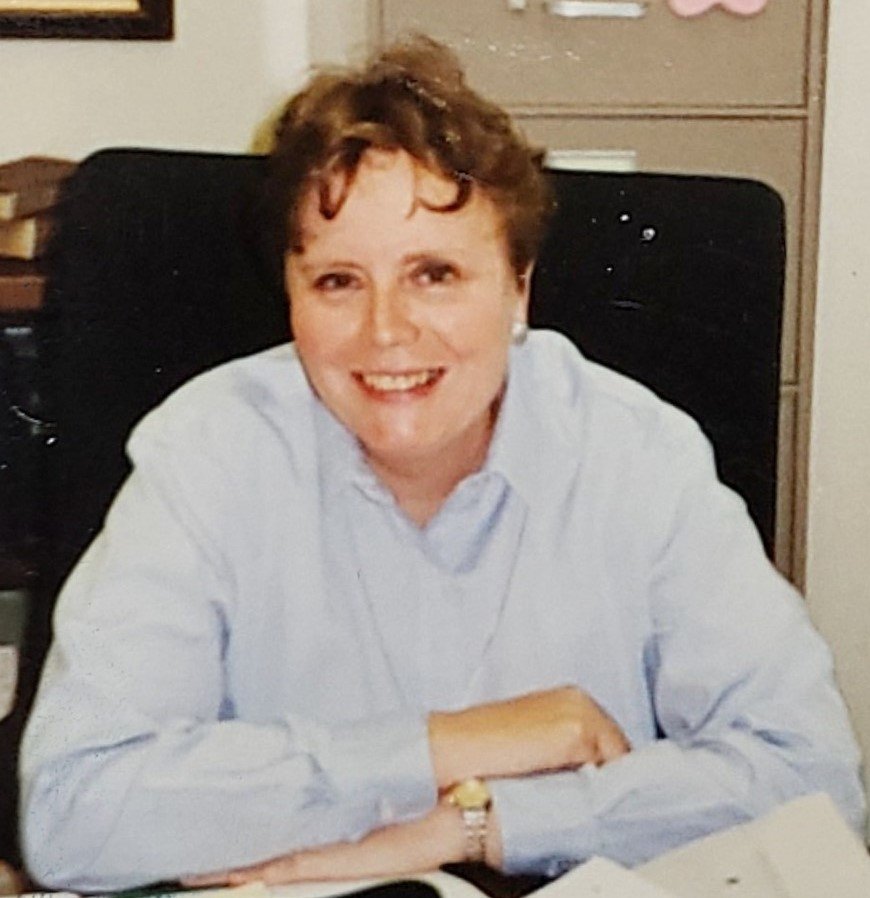 Please share a memory of Dawne to include in a keepsake book for family and friends.
View Tribute Book
Our beautiful Marmie, passed away July 3rd, at home, after a long battle with cancer. She fought cancer the same way she approached life, giving every ounce of herself to the battle at hand. Born several months early, on May 21, 1944 in Salt Lake City, Utah to John Maylan Powell and Edith Lyman Powell, weighing less than 3 pounds, she was a fighter from the beginning! She was born the oldest of six children, three of whom passed away at birth. She was a great big sister to her two living brothers, David and Bruce, especially after the death of their father when she was only 19. She helped to support the family, while also going to school. She graduated from BYU with a Bachelor of Arts in History in 1972. October 2, 1973 she married the love of her life, Darrell Walter Hole in the Provo, Utah temple. They welcomed two daughters and a son by birth, and later another son, by adoption. They made home in California as well as Utah, ultimately settling in Centerville, where they raised their family. She was a faithful member of the church of Jesus Christ of Latter Day Saints her entire life. She served a successful mission in the West Central States mission from 1966 - 1968. She also held many callings throughout her life. Including Relief Society President, Primary President and many different teaching callings. She was a valiant visiting teacher and made every effort to include those who were not members of her church. She was a stay at home mom until she was forced to go to work. She was employed by the Family History Library for over 25 years where she was loved, looked up to, and admired by so many! She made lifelong friends who meant the world to her. She only retired after receiving her initial diagnosis of cancer. She loved her job and would have happily stayed longer if that had been an option. She had the opportunity to travel throughout her life, visiting the British Isles, Europe, The Holy Land and doing humanitarian work in Mexico. She enjoyed debate, acting and singing and had a beautiful singing voice. She sang in basically every choir of whatever ward she belonged to. As well as participating in plays put on by her stake, even playing the lead role. She gave her entire being into trying to achieve what she always wanted. An eternal family! Nothing was more important to her than family. She sacrificed so much in order to try and provide for her family, in so many ways. She has always been an emotional rock! Even after having so much personal loss, she has continued to be there for others around her who have also suffered loss and needed help. She has always leaned on the Lord and was able to give to others because of it. Jesus was her best friend and she had an amazing amount of Faith throughout her life as she has faced many difficulties and trials. There has never been a more bright, vibrant, giving soul. Willing to help anyone in need and filled with kindness for all those around her. She was the definition of unconditional love! She loved people regardless of what they looked liked, their personal beliefs or life circumstances. She is going to be missed by so many people! Heaven is definitely a happier, brighter place because she is there. She is preceded in death by her parents, her three younger siblings, Janie, Nedra and Mark as well as her Son, Michael and her grandchildren Larry Michael and Makenzie. Survived by her two brothers, David (Leanna) and Bruce (Karen) her adopted sister Joy (Bo) as well as her children Alexandria (Scott), Meadow (Justin), and Robert (Suzy), her grandchildren Kira (George) Jaren, Teya, Eadie, Orin, Alton, Mia, Hallie, Johnny, BJ (Shanae), Cami, Sophie, Xavier, Xanna and Jessa. As well as so many nephews, nieces, great grandchildren, and many, many others. She had a special place in her heart for her nephew John! As per her request, she will be cremated and a small family memorial will be held. Thank you for all of your love, support and prayers during this time. It’s appreciated more than you know!
To send flowers to the family or plant a tree in memory of Dawne Hole, please visit Tribute Store

A Memorial Tree was planted for Dawne
We are deeply sorry for your loss ~ the staff at Independent Professional Services
Join in honoring their life - plant a memorial tree
Services for Dawne Hole
There are no events scheduled. You can still show your support by sending flowers directly to the family, or planting a memorial tree in memory of Dawne Hole.
Visit the Tribute Store
Print
Online Memory & Photo Sharing Event
Online Event
About this Event