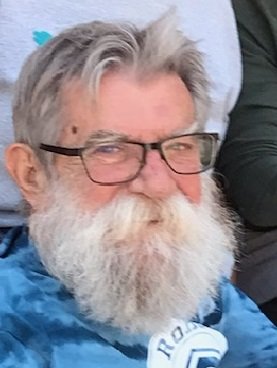 Obituary of Fred B Eldredge

Please share a memory of Fred to include in a keepsake book for family and friends.
View Tribute Book
Fredrich Brent Eldredge, age 79, one of the great characters of his generation, died August 1, 2020 of complications of being too funny. Born July 14, 1941 the first of three children to Fred and Wilma Eldredge in Salt Lake City. At age nine, Fred contracted Polio, the Pandemic of his day. It changed the direction of his life forever. He spent many months at Primary Children's Hospital in Salt Lake City. He had numerous surgeries and wore a full- body cast for months during his formative years. He had body development problems, so they medically stunted his growth. At 10-years, Fred was 5’2”, had the face of an angel, a male deep bass voice and never stopped getting in trouble. Fred spent most of his life in the printing industry. Among many of his talents, he became quite proficient in Photoshop and his Christmas cards and party invitation were funny, unique, and loved by all his family and friends. He was a lover of music and had a wide collection of Jazz and Country music (especially John Prine). He was particularly proud of his children’s great singing voices and that his daughter wrote her own music. Fred married, the mother of his beloved children, Lore Grayson; they were later divorced late. He married Vicki Jackson; she preceded him in death. In 2005, He married Sandra Gisseman. It was a great love match. Both givers, they took care of each other from then on. Sandy and Fred traveled together to the BVI, Cuba, Alaska and the western United States. They loved to entertain and hosted many “theme parties” in their backyard, with food and drink, live music and lots of crazy friends. Throughout the years, we all remember sitting around campfires, picnic tables and at BBQ parties or up in the canyons and at the “Emery Enema” exchanging stories. Fred was a marvelous storyteller and waxed poetic about anything that would make people laugh. As he grew old and gray, he took on the resemblance of Santa. So, he became a Mall Santa. He loved the children, particularly those with Downs Syndrome. For these children, he went to Puerto Rico after the big hurricane to be Santa for a charity called “Lillies Angels.” A devout man, Fred started a church and served as a Pastafarian Minister, (worshipers of The Flying Spaghetti Monster) Fred and the quorum wore colanders on their heads at every meeting. As he became less agile, he purchased a battery-operated tricycle and he and his friend Paul rode all over the valley. He had over 1,000 miles on his trike when he sold it. Fred leaves behind his beloved family: his wife, Sandy; brother, Scott and wife Ginny; sister-in-law, Willie; his daughter Tahra; his son, Michael Thorvald and wife Heather; his favorite grandchildren, Shawna, Jazmine, and Jessie and three great-grandchildren. Preceded in death by his brother Delbert and a grandson, Daniel. Fred outlived a lot of his friends, so it was up to him to retell their stories and exploits (which he most often embellished). He was a lovely man. His family would like to thank the doctors, nurses and all the staff at Saint Marks Hospital, Inspiration Home Health and Foothill Family Clinic for the help and care they provided Fred. Fred has been Cremated. We are planning a celebration of his life on July 14, 2021 in his beloved backyard. Instead of flowers make donations to: "Best Friends Animal Society" STAY SAFE, WEAR A MASK & VOTE. Instead of flowers make donations to: "Best Friends Animal Society"
To send flowers to the family or plant a tree in memory of Fred Eldredge, please visit Tribute Store

A Memorial Tree was planted for Fred
We are deeply sorry for your loss ~ the staff at Independent Professional Services
Join in honoring their life - plant a memorial tree
Services for Fred Eldredge
There are no events scheduled. You can still show your support by sending flowers directly to the family, or planting a memorial tree in memory of Fred Eldredge.
Visit the Tribute Store
Print
Online Memory & Photo Sharing Event
Online Event
About this Event