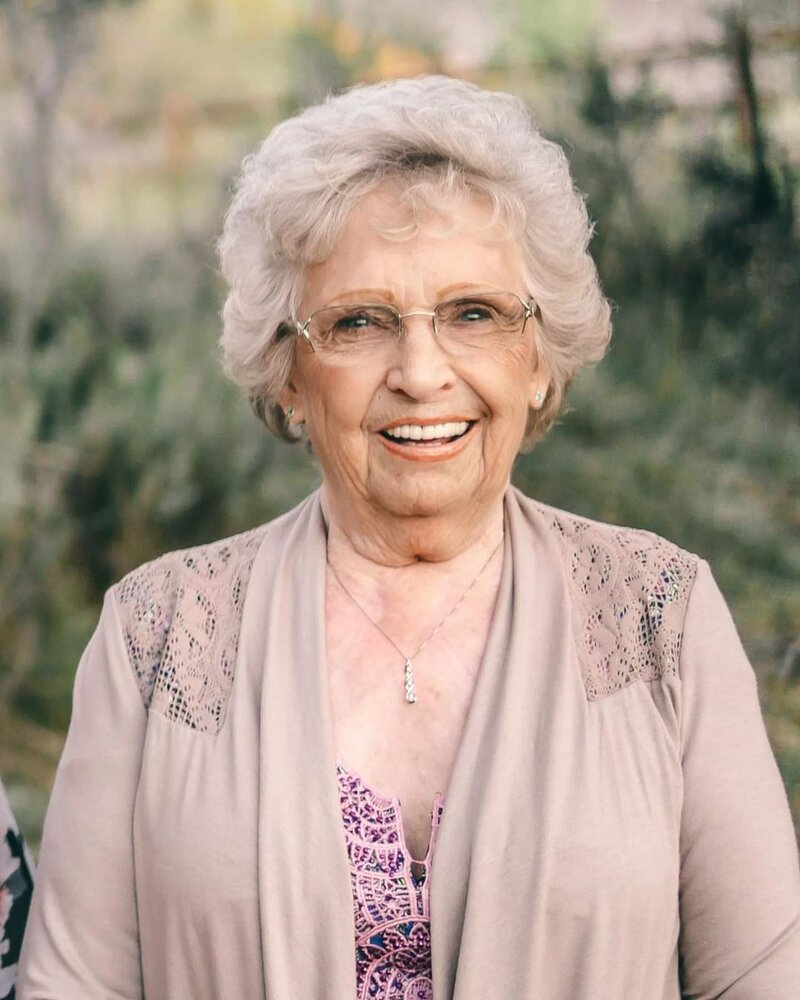 Please share a memory of Mary to include in a keepsake book for family and friends.
View Tribute Book
Mary Alice Hiles Heckenliable Ferguson (Midge) past away September 14, 2021 of Covid 19 in Salt Lake City. Mary was born May 4, 1940 in Rapid City, SD to Milton and Hilda Hiles of Broadland, SD. She was raised in the the Broadland/Wolsey SD area where she met and married Larry Heckenliable (later divorced), together they raised 5 children and moved the family to Salt Lake City. She later met and married Gene Furguson and opened a successful bar in Salt Lake named Better Days, where many good times were had by all. Mary worked hard all of her life from the farm in South Dakota to Costco (at age 79). She was the absolute cook from hell, and could party with the best of 'em, with the most infectious smile and laugh. She was preceded in death by her parents, her husband Gene Ferguson, stepdaughter Sheila Ferguson, son David Heckenliable, stepson Terry Ferguson, grandson Logan Heckenliable, four brothers Willie, Mel, Rich and Delbert Hiles all originally from South Dakota (all together again), and many nieces and nephews, and too many friends to mention. Survived by sons Gary (Jan), Mark (Janna) & Rick Heckenliable of Salt Lake, daughter Lori (Marty) Heckenliable Wilson of Helper, stepdaughters Lisa(Rick)Ferguson Kapsimalis, Linda Ferguson (Breneman) of Pensylvania, 11 grandchildren and 15 great grandchildren, many nieces and nephews too many to mention. She will be sorely missed by all who knew her. We Love You, Mom Rest in Peace. There will be no public services at this time, a celebration of life will be held at a later date due to that bitch rona.
To send flowers to the family or plant a tree in memory of Mary Ferguson, please visit Tribute Store

Look inside to read what others have shared
Family and friends are coming together online to create a special keepsake. Every memory left on the online obituary will be automatically included in this book.
View Tribute Book
Services for Mary Ferguson
There are no events scheduled. You can still show your support by sending flowers directly to the family, or planting a memorial tree in memory of Mary Ferguson.
Visit the Tribute Store