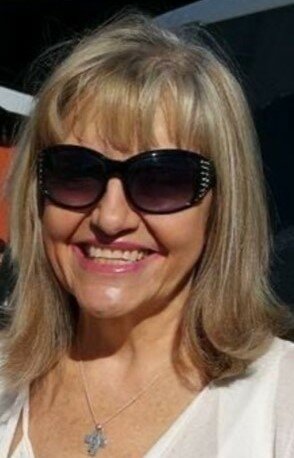 Please share a memory of Pamela (Pam) to include in a keepsake book for family and friends.
View Tribute Book
Pamela (Pam) Kay Conley, 68 of Salt Lake City, Utah passed away peacefully on October 22, 2021 after having Type 1 diabetes for 54 years. She was born in Ogden, Utah on August 20, 1953 to Catherine Critchfield Conley and Boyd Jay Conley. She attended schools in Pocatello, Idaho at St. Joseph’s elementary, Hawthorne Junior High, and graduated from Highland High School in 1971. She attended Idaho State University, Weber State University and received a Finance degree from the University of Utah online in 2009. She married Jeff Simmons in 1975. They had one child together, Jamie Simmons Smith. They were later divorced. She married Bryce Royle on May 21, 1988. They divorced in 1995 but have remained great friends. After moving to Salt Lake City, Utah, she worked for Delta Airlines from 1982 to 2009 as Credit Union Manager before retiring in 2009. She had a beautiful voice and a passion for theatre, performing in several musicals in Pocatello. She loved to travel and was able go to places like Hawaii, Jamaica, Germany, and Rome. Rome was her favorite. She had a great sense of humor and enjoyed being a practical joker bringing much joy and laughter to those who loved her. Pam was preceded in death by her sister Cristy Conley and father Boyd Jay Conley. She is survived by her daughter Jamie Smith, son-in-law Kelly Smith and grandchildren Madison and Cole Smith; mother Catherine Conley (Geoff Ranere); sister, Jan Stewart (Ken), and brothers, Tim Conley (Jill), Dave Conley (Deanna), Brian Conley (Jonnette), and many nieces and nephews. Arrangements are under the direction of IPS mortuary & Crematory in Taylorsville, Utah. Donations can be made to Juvenile Diabetes Research Foundation (JDRF) to find a cure for T1D at https://www.jdrf.org/ A Celebration of Life will be held at a later date.
To send flowers to the family or plant a tree in memory of Pamela (Pam) Conley, please visit Tribute Store

Look inside to read what others have shared
Family and friends are coming together online to create a special keepsake. Every memory left on the online obituary will be automatically included in this book.
View Tribute Book
Services for Pamela (Pam) Conley
There are no events scheduled. You can still show your support by sending flowers directly to the family, or planting a memorial tree in memory of Pamela (Pam) Conley.
Visit the Tribute Store