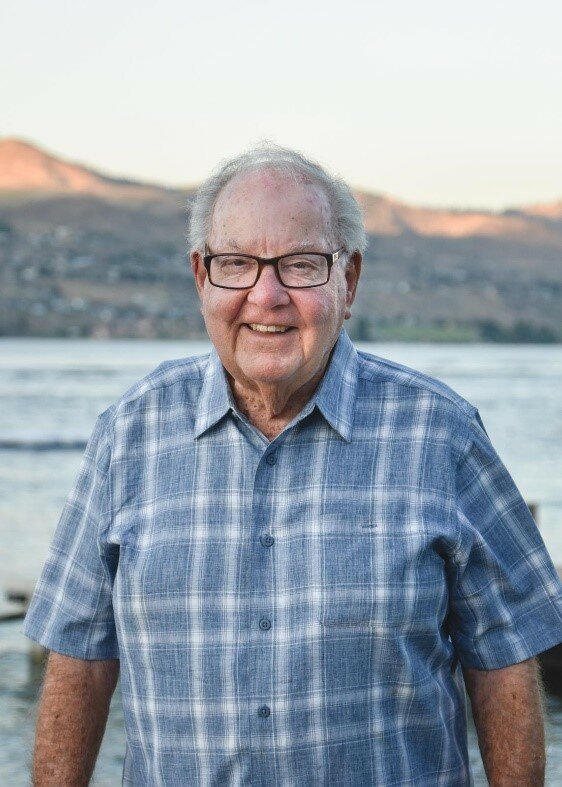 Please share a memory of John to include in a keepsake book for family and friends.
View Tribute Book
John William Luymes of Whittier, California passed away on September 13, 2021, while visiting family in Salt Lake City, Utah. He was 87 years young, but Covid-19 claimed his life. John was born in Kenosha, Wisconsin to Herman Luymes and Margaret Schutz Luymes. John had an older brother, Ted. The boys were lovingly indulged by their grandparents, and aunts and uncles enjoying happy times with family. He and Ted spent many of their early years playing with scooters, skates, wagons, and an electric train set up in their basement due to harsh winters. He was 7 years old when World War II started. When it became clear that gas rationing would cripple his father’s gasoline station, it was decided that the family would relocate to sunny Los Angeles, California. John attended Horace Mann Junior High and it was there that he took an exceptional music class. He wanted to play the trumpet but ended up playing the trombone because that was what was available. Music became a big part of his growing up years. In the Huntington Park band, he marched in four Rose Parades and Hollywood Christmas Parades. He also performed in a dance band and loved big band music. He was a hard worker and persistent which allowed him to secure his first job at Clark’s Market when he was just 15. His brother allowed him to drive his ‘41 Ford Coupe throughout high school while he served in the navy because he knew John was cautious and responsible. He met the love of his life, Joanne Tyler, in an 11th grade history class. She was the prettiest girl in the class and popular and though they were interested in each other, they didn’t start seriously dating until they were seniors. They married on March 14, 1953. John was in the naval reserves while still dating Joanne. Though he had joined for only 4 years, Congress enacted a draft for the Korean War that would have extended his length of service to 8 years. However, he became ineligible for the draft because his brother had passed away from non-Hodgkin’s lymphoma at 23 years old leaving 21-year-old John as the sole surviving son. Nevertheless, he had accomplished the training as a corpsman, completed basic training and served two training missions that took him through the Panama Canal and Cuba. He worked at some hard labor jobs until landing a better job at North American Aviation. These jobs helped him realize the importance of getting an education. The newlyweds were poor, and it was difficult getting through school. He was fortunate to land a night job at Juvenile Hall which enabled him to attend college classes during the day. It was also excellent training for securing a job as a county probation officer after graduating with his bachelor’s degree from Los Angeles State College. John developed a good reputation and earned respect in this role and was given positions of additional responsibility including an assignment to help start the county work furlough program for inmates. These experiences opened an opportunity to work in the Federal Court System in pre-trial services. Eventually, he become the chief of pre-trial services for Los Angeles County. He retired from his career in 1995. Meanwhile on the home front, his family had grown to 4 daughters and 1 son; Lorinda (Ken) Dorff, Sandra (Rick) Child, Joanell (Mike) Rawlins, Karen (Rod) White and Ted (Annette) Luymes. He firmly believed that family was always first. He was married to Joanne for nearly 48 years until she died from cancer. He tenderly cared for her as well as his children and grandchildren by stepping into a greater nurturing role after she died. He taught his children to work, he exemplified good moral conduct and made time to create memories with his family whether that was at the beach, in the mountains or at Knott’s Berry Farm. He shared his passion for reading, biking, bodysurfing and Dana Point with his family. In his later years, he particularly enjoyed historic train rides, visiting military museums and was able to enjoy some international travel as well. He was a good listener, gave wise counsel and was generous and kind to others. He was a proud grandfather to 17 grandchildren and 43 great grandchildren, 2 of whom were born the week he died. He loved to visit and spoil them. He was loved deeply and is greatly missed. He was cremated and buried at sea near his beloved Dana Point Harbor on October 23, 2021.
To send flowers to the family or plant a tree in memory of John Luymes, please visit Tribute Store

Look inside to read what others have shared
Family and friends are coming together online to create a special keepsake. Every memory left on the online obituary will be automatically included in this book.
View Tribute Book
Services for John Luymes
There are no events scheduled. You can still show your support by sending flowers directly to the family, or planting a memorial tree in memory of John Luymes.
Visit the Tribute Store

Share Your Memory of
John
Upload Your Memory View All Memories
Be the first to upload a memory!
Share A Memory
Send Flowers
Plant a Tree