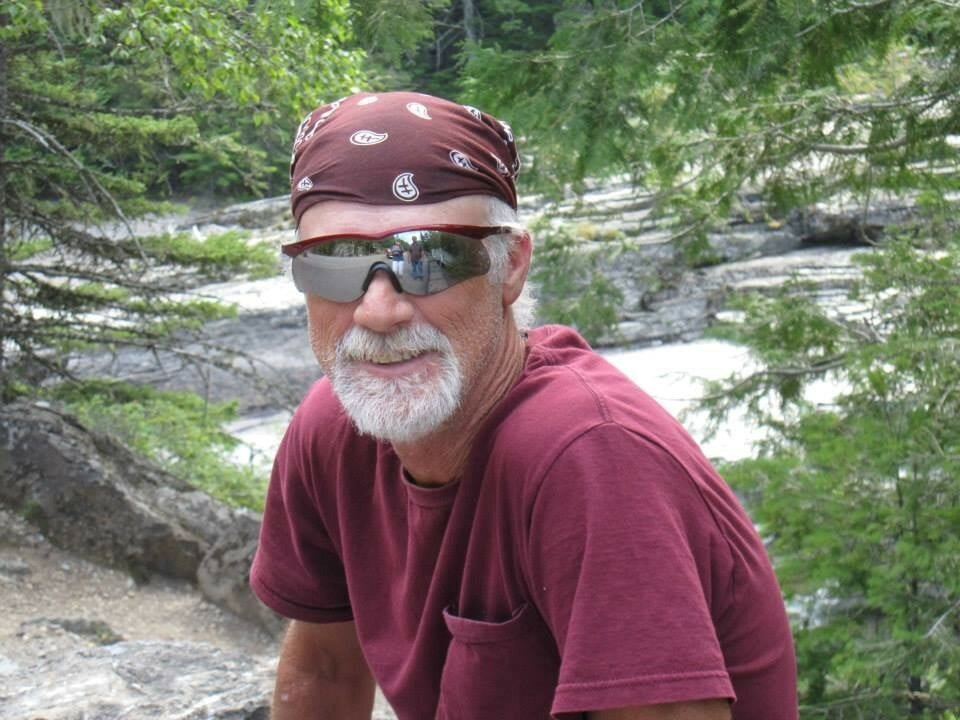 Please share a memory of Danny to include in a keepsake book for family and friends.
View Tribute Book
We are saddened to announce the passing of our brother, son, and friend, Danny Wayne Robinson, age 66, who passed away on March 3, 2022, after a short battle with Stage 4 Metastatic Lung Cancer. Our hearts are broken, but we recognize that he left the world better than he found it. We will always love you, Danny. On February 26, 1956, he was born to Jack & Shirley Robinson in Salt Lake City, Utah. Danny learned how to work hard at his father's grocery store at an early age. By age 13, Danny earned his eagle scout award, eventually earning 68 merit badges. His dedication and hard work brought him success as a varsity wrestler at Cottonwood High School. Everyone knows that Danny had a passion for golf, and he played, worked, and even had his home on a golf course for several years. Besides golf, Danny loved Hockey. He enjoyed playing and was a fan of the Salt Lake Golden Eagles growing up. When he moved to Phoenix, Arizona, he became a season ticket holder for the Arizona Coyotes hockey team. Danny's life was not easy, and few people understand the many challenges he endured throughout his lifetime. He fought many of these challenges alone or with his loyal companion, Shasta. His dog was a special companion that was always by his side. In recent years, Danny found the true meaning of life, serving others. He loved helping in the Phoenix area Kiwanis Club, where he earned Volunteer of the Year awards and served as Kiwanis Club President for several years. He found joy doing volunteer work for many organizations. He especially enjoyed donating his time serving at the Arizona State Football games and giving the money earned to these special groups. Nothing meant more to Danny throughout all his service than being involved in the Phoenix Big Brother program. Danny's little brother, Ahman, was the most important part of his life over the last six years. He first met Ahman as a boy and watched him grow into a man. Death cannot break his love for Ahman, and he will continue to be his guardian angel. Cancer is the gift of love because it allows you some time to gather those you love to say goodbye. Danny's final weeks were spent with those he loved, including his mother, Shirley Mae Bernard Robinson. Danny's siblings include Gary (Marie) Robinson, Wendy (Kurt) Rosenhan, Tanya (Steve) Howell, Darrell (Lisa) Robinson, and Teresa (Norman) Anderson. He also got to say goodbye to his nieces, nephews, cousins, and friends. Danny's greatest moments in his final days were with his grandchildren Johnathon and Karley. His dying wish was to say goodbye to his children Ryan and Melissa, whom he loves so much. We acknowledge that many people loved Danny, including his father Lorin Jack Robinson, who welcomed Danny home as he passed through the veil. God be with you, Danny, until we meet again. Danny asked that we celebrate his life in this unique way. We invite you to spend an evening celebrating the life and memories of Danny Wayne Robinson. Come to all or part of this celebration. Casual Dress. Everyone is invited to any or all events. Friday March 11, 2022 3:00 pm Dedication of the grave, Murray Cemetery (5490 S Vine St, Murray, Utah) 4:00 pm Celebration of Life Service (5235 S Wesley Rd, Murray Utah) 5:00 pm Dinner and Story Sharing 6:00 pm Robinson Family Fun Night. Bring a game you love to play. (If you want to attend virtually, text or call Darrell Robinson for the link 801-699-8017)
To send flowers to the family or plant a tree in memory of Danny Robinson, please visit Tribute Store
Friday
11
March

Share Your Memory of
Danny
Upload Your Memory View All Memories
Be the first to upload a memory!
Share A Memory
Send Flowers
Plant a Tree