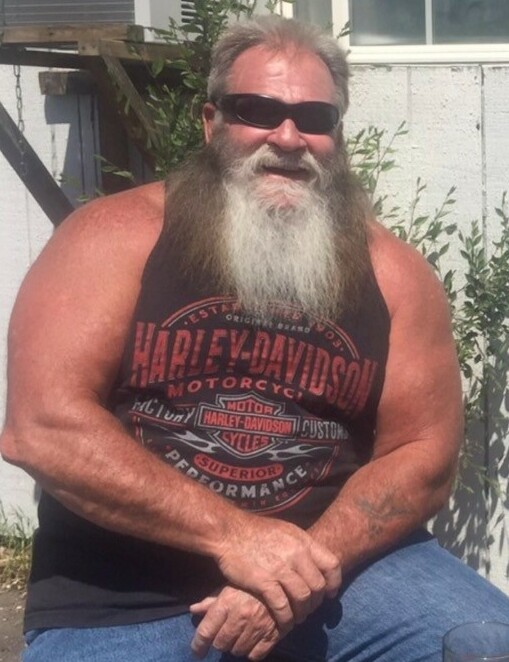 Please share a memory of Brad to include in a keepsake book for family and friends.
View Tribute Book
Brad Parker Larson, was born Aug 15, 1954 in Missoula, Montana and passed peacefully at home on July 5, 2022 surrounded by his family, after fighting many battles in a 5-year war against cancer. He is survived by his wife, Barbara Ann Larson (Alcorn), his mother, Margret (Lu) Larson, his daughters Jamie Lynne Lightner (Larson) and Melissa Lee Larson, his three grandsons Anthony Parker Redmond, Evan Parker White, and Xavian J. Lightner, his great-grandson Frankie Parker Redmond, his brother Randy Frank Larson, and many nieces and nephews. He is preceded in death by his father Frank Parker Larson, Jr. Everyone loves Brad, and enjoyed being around him. He was a wonderful husband, son, father, and grandfather. He loved his parents, children and grandchildren deeply and took great pleasure in spending time with them. He never missed his children or grandchildren's sports events and he was so very proud of them. Brad lived for his time in the gym, and was dedicated to weight lifting. Because of his large stature, some people shied away from him, but he actually avoided conflict of any kind. Once they spoke with him, they realized how kind and fun he was, and he always turned them into a friend. He made friends easily because of his good nature. All of his life he remained in contact with many of his childhood buddies. He was always telling jokes, laughing, smiling, and making everyone around him smile. He thrived on telling endless stories about his adventures from childhood to now, and he had a way of telling them that kept everyone in stitches. Some of his favorite quips that we will surely miss are, “Love you to death,” “I love you lady,” “I love you man,” “Ho, Dee, Doo, Dah, Day.” He and his loving wife, Barbara were best friends and had the closest, most honest and deep relationship, that was coveted by many. They spent 22 years traveling together on their Harley Davidson bikes all across the country, and had planned another 2-month trip just before he got sick again. His stories of their travels always gave us a vivid picture of their fun life together. Along with them, their darling Chihuahua, Lucie Belle, rode in her own upholstered fiberglass bucket seat, strapped in safely, with a windshield, steel canopy, wearing her “Doggles, and full Harley attire. Lucie Belle and Brad were inseparable and she wanted to go everywhere with her Daddy and Mama.. Barbara and Brad worked hard together building their dream home with an entertainment room for the hundreds of gatherings and parties they hosted over the years. Brad worked a full career and retired from West Jordan City Water Department. His post-retirement was about living life to the fullest, spending time with his family and friends, and traveling. He continued to spend his days at the gym, walking Lucie Belle, working around the yard, working in his enviable motorcycle shop, and watching sports in their entertainment room. Brad was an avid sports fan, and particularly loved the Utah Jazz. He took great pride in being the top winner “Wild Hawg” in his Fantasy Football Leagues. He loved to gamble and was one of the luckiest SOBs you've ever met! We love you Brad and will miss your laugh. Enjoy your Harley ride on the Highway to Heaven. We know that Lucie Belle was so happy to reunite with you when you arrived and imagine her giving you kisses all over your face! Best of all he was back with his father Frank!! Party On …... We invite everyone to join us to honor him at his Celebration of Life. It will be held at the American Legion Post 71 located at 3419 S. West Temple, SLC on July 23rd at 3:00pm. NO FLOWERS, PLEASE, AS DONATIONS WILL BE ACCEPTED TO HELP PAY FOR BRAD'S MEDICAL EXPENSES.
To send flowers to the family or plant a tree in memory of Brad Larson, please visit Tribute Store
Print
Saturday
23
July