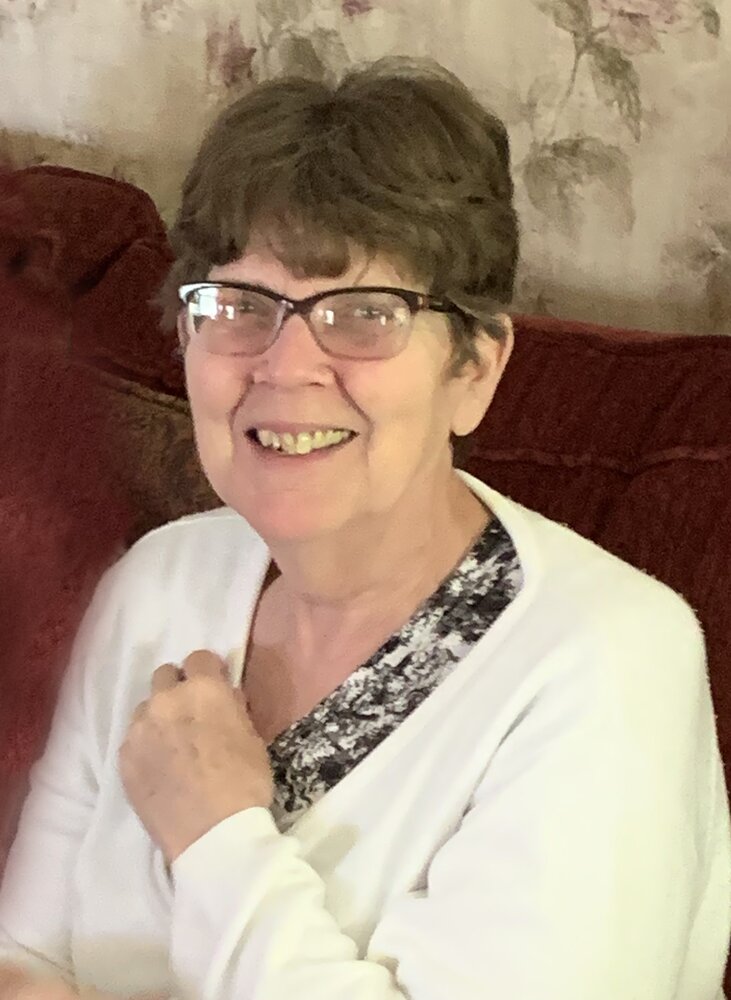 Please share a memory of Joanna to include in a keepsake book for family and friends.
View Tribute Book
Joanna Lyn (“JoJo”) Houston Joanna, loving wife of Jim Houston, left us on December 6, 2022 in Taylorsville UT, smiling in the face of early-onset Alzheimer’s to the end. Born Joanna Lyn Carleton on March 14, 1956 in Springfield VT, the second child and oldest daughter of Donald Herbert Carleton and Neoma Lynn (Bowen) Carleton. From an early age, JoJo’s great sense of humor and quick wit meant there was usually a lot of laughter and giggling wherever she might be. She was caring and empathetic, but she definitely “did not suffer fools gladly”! Even in her final weeks she was still laughing and making people smile. Growing up in Colchester VT, she attended Colchester schools and graduated from Essex Junction High School in June of 1974. Always a hard worker, she babysat and worked various part-time and summer jobs, during and after high school. Jo also grew up playing the piano, which she played quite well, and continued until Alzheimer’s took her ability away from her. She still loved listening to music and her taste ran from Barbra Streisand to Bon Jovi and Korn. There might have been a few show tunes in there, too. JoJo was also a skilled knitter, making beautiful sweaters, hats, scarves, and afghans that were much appreciated by the recipients, young and old. JoJo moved to Incline Village NV in 1977, where she was an au pair for infant twins, and later to Reno NV, where she shifted into administrative work for businesses including First American Title and finally the Washoe County Sheriff's Department. Joanna first married Thomas Lee Bracamonte on August 18, 1984 in Incline Village NV, adopting a son, Timothy Joseph, in 1989. They divorced in 2007. She moved back to Vermont in 2007, where she married James Dennis Houston on November 3, 2007 in Walden VT. Jo and Jim lived on the family farm in Cabot VT, tending cows and haying. She also became an assistant City Clerk in Barre VT, forced by early-onset Alzheimer’s into retiring in 2016 at age 60 (too young!) until they moved to their final home in Walden VT. In September of 2022, Jo and Jim decided that she should be moved to a memory care facility in Taylorsville to be closer to her mom and her other family members in Utah. Joanna and Jim continued to video chat several times a week after she moved, staying in touch as best they could until the day before she passed. Joanna is survived by her devoted husband Jim; son, Tim Bracamonte and grandson, Sylas, of Vacaville CA; mother, Neoma Clugage of Taylorsville UT; siblings Andy (Debbie) Carleton of Taylorsville UT, Linda Blair of Clermont FL and Joyce Carleton of Taylorsville UT; stepdaughters Sheila Brown of Barre VT; Stephanie (Patrick) Moulton of Hardwick VT; and Angela Houston of Morrisville VT; stepsons Jeffrey (Christine) Houston of South Ryegate VT, and Todd Houston of Barre VT; nieces and nephews, hundreds of friends, dozens of cousins, and all of her grandchildren, whom she loved dearly. We would like to thank Trenaisa Nay NP, and Sasha, along with Jo’s hospice nurse, Veronica, and the staff of Canyon Home Care & Hospice for making our family and JoJo as comfortable as possible in her final days. Their professionalism and caring attitudes helped us all through a very difficult time. Per Joanna’s wishes there will be no service. She will be cremated and her ashes interred at the Durant Cemetery in Lower Cabot VT. Feel free to toast her memory with anything made with Baileys Irish Cream! She’d like that, we think. In lieu of flowers, the family requests that you donate to Alzheimer’s research. The Alzheimer's Drug Discovery Foundation (alzdiscovery.org) seems like a good one.
To send flowers to the family or plant a tree in memory of Joanna Houston, please visit Tribute Store

Look inside to read what others have shared
Family and friends are coming together online to create a special keepsake. Every memory left on the online obituary will be automatically included in this book.
View Tribute Book
Services for Joanna Houston
There are no events scheduled. You can still show your support by sending flowers directly to the family, or planting a memorial tree in memory of Joanna Houston.
Visit the Tribute Store