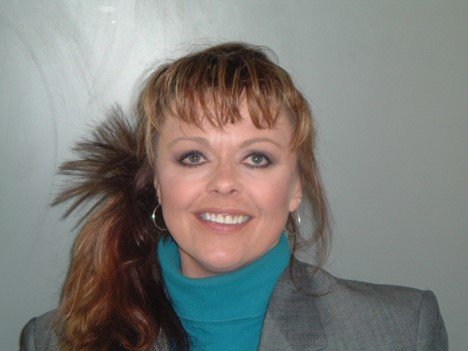 Please share a memory of Kelly to include in a keepsake book for family and friends.
View Tribute Book
Sandy, Ut – Kelly (KiKi) Kathleen Kent passed away peacefully on February 22, 2021 surrounded by her loved ones. She had been valiantly fighting pancreatic cancer for over a year. She never complained during her year of chemotherapy and enjoyed her life to the fullest. Kelly was born in September 1959 to Arthur and Eleanor (Romney) Kent. Kelly’s Grandfather, Lorenzo Romney was the Salt Lake City Police Commissioner and her Father, Art was a Salt City Police Officer so it was natural that Kelly would follow in their footsteps. Kelly served as a Salt Lake City PD Officer for 30 years, during that time she was a Patrol Officer, a Detective in Special Victims, Domestic Violence, Homicide, and Narcotics. Kelly was also a certified Accident Reconstructionist in the Traffic Division and taught Emergency Vehicle Operation. She promoted to Sergeant and supervised Patrol Officers, Special Victims Detectives, Narcotics Detectives at the Metro Narcotics Task Force, and Homicide Detectives. She worked Homicides for 15 years total as a Detective and a Supervisor. She was a guest homicide investigation instructor at the police academy located at Weber State University. She was a guest lecturer at the LAPD, and at the FBI Academy in Quantico, Va. Kelly worked many high-profile cases to include the Lori Hacking homicide and the Mark Hoffman bombing/homicide case. Kelly always treated victims and their families with compassion and respect, she made many lives better through her investigations which provided them with both answers and justice. She was an exceptional investigator and a mentor to many new detectives and officers. She could be counted on to share her opinion whether you asked for it or not. She was predeceased by her parents and her brother Greg Kent. She is survived by her beloved sister Julie (Kent) Mays, her brother-in-law Carroll Mays, her brother Arthur Romney Kent, and her nephews Alex Mays and Alexander Kent. Per her request no services will be held. In lieu of flowers donations may be made to St. Jude Children’s Hospital at: https://www.stjude.org/donate/pm.html?sc_dcm=58700006527275917&sc_cid=kwp75544&gclid=EAIaIQobChMI3vOs1dGN7wIVHyCtBh0TeQB4EAAYASAAEgIoyvD_BwE&gclsrc=aw.ds In lieu of flowers donations may be made to St. Jude Children’s Hospital. Link above.
To send flowers to the family or plant a tree in memory of Kelly Kent, please visit Tribute Store

A Memorial Tree was planted for Kelly
We are deeply sorry for your loss ~ the staff at Independent Professional Services
Join in honoring their life - plant a memorial tree
Services for Kelly Kent
There are no events scheduled. You can still show your support by sending flowers directly to the family, or planting a memorial tree in memory of Kelly Kent.
Visit the Tribute Store
Print
Online Memory & Photo Sharing Event
Online Event
About this Event